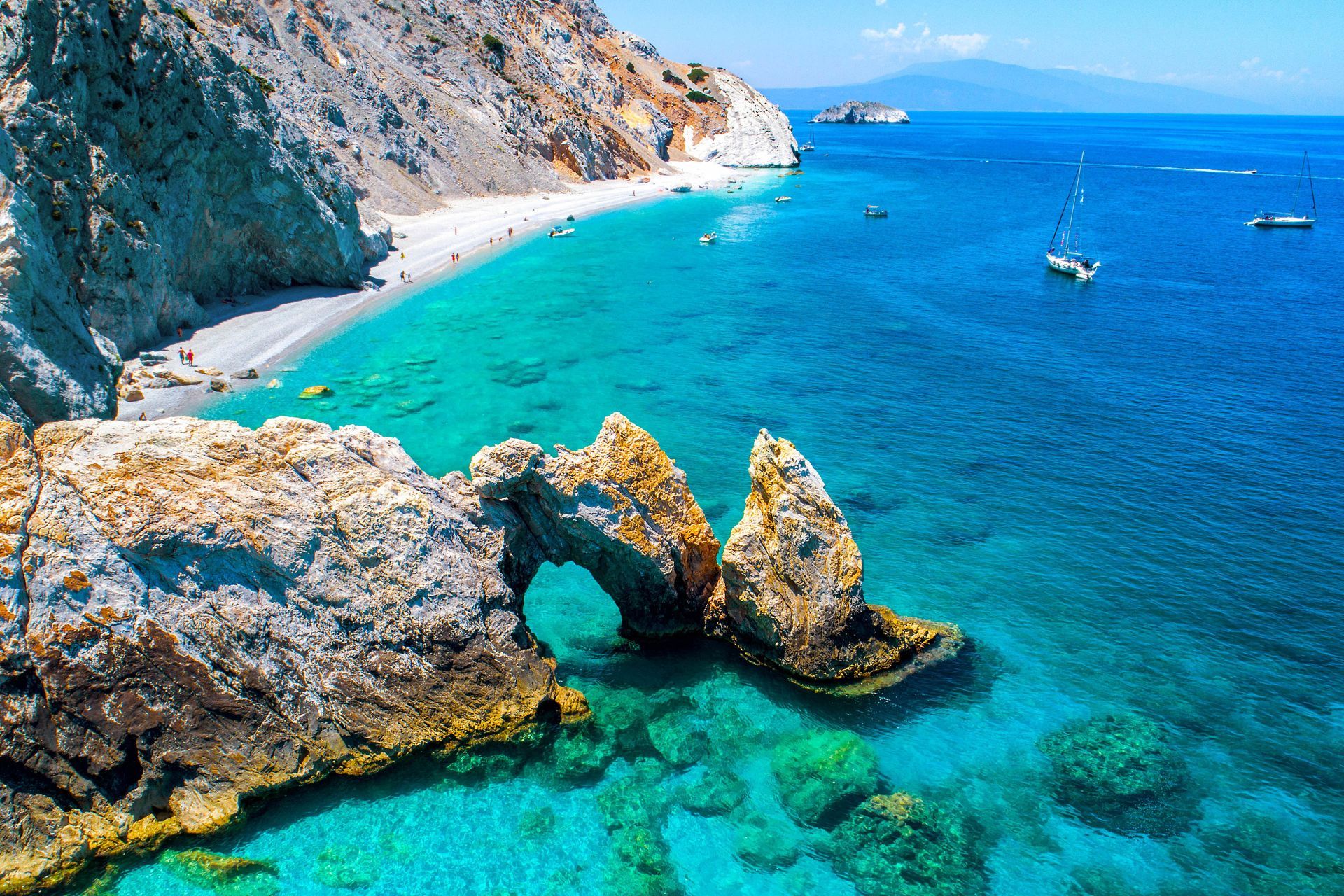 Skiathos island is the closest island to mainland Greece. Skiathos is one of the Northern Sporades islands. It is a cosmopolitan island and ideal for nature and nightlife lovers. It is famous for its natural sceneries, exceptional beaches, tasteful food and lively nightlife.

Skiathos not only has many spectacular green sceneries but also it has some of the most beautiful beaches with crystal blue waters, fine sand and white sea pebbles.

Some of the most beautiful beaches are the following:

Koukounaries beach is located in the southwestern part of Skiathos. This is probably the most popular beach of the island and for some one of the most beautiful beaches in the Mediterranean. It is referred as the ‘Golden Sand’ beach due to the golden reflection of the sand that occurs under the summer sun.

Besides the crystal blue and clean waters, Koukounaries beach is also famous for its forest called Koukounaries Forest which is literally reaching the sea water as well as the Strofilia lagoon which is a rare wet land which is nowadays a protected area.

On the Northeastern part of Skiathos, Lalaria beach is a must visit place. White hidden rocks stand majestically over the sea. The white sea pebbles which cover the whole beach are called ‘Lalaria’.